Home » About Us » History

MILESTONES IN OUR HISTORY

The young men decided to build a Greek Orthodox Church. The Greeks who lived in Helper agreed, but only if the church could be located in Helper.

There were only about a half a dozen Greek women were in Carbon County at this time.

Church services were conducted for some months in Helper in the rear of a coffee house owned by Stellios and George Lenderakis.  There is no record of the priest’s name who officiated at these services.

A committee of three—Gust G. Pappas, Stylian Staes, and Emmanuel Salevurakis – met with the Helper people, led by John Diamanti, in an attempt to convince them that the Church should be built in Price. The "Helper Greeks" finally agreed to build in Price, and the issue was resolved.

The first formal meeting was held on December 15 for the establishment of the Greek Orthodox Church of Southern Utah.

A general assembly was held on December 22.  It was decided that fund raising for the new church should begin, an architect to design the church should be selected, and that the members should petition the Holy Synod of Greece to assign a married priest (particularly Rev. Mark Petrakis) to the community.

In February, land for the new church was purchased for the sum of $800.00 and bids for construction were opened on March 7. The lowest bid was $11,336.00 plus $968.00 for a furnace. Approval was given to proceed with the construction.

On May 4, a letter was received from the Holy Synod of Greece assigning Rev. Mark Petrakis to the Greek Orthodox Church of Southern Utah.

On August 15, the Day of the Assumption of the Holy Virgin Mary, the Church was officially dedicated.

The first permanent officers of the church were selected and the duties of said offices were defined. The first budget was drawn up anticipating collections of $6,550.00, and expenses of $6,555.00.

World War I was raging at this time.  Some Greek lads, even though they were not U.S. citizens, entered the army to fight for their new land.

Items necessary for the new church were being donated.  A silver Bible was given by two young brothers—Pete and George Gustas.  The beautiful chandelier was a result of fund raising by residents of Hiawatha. 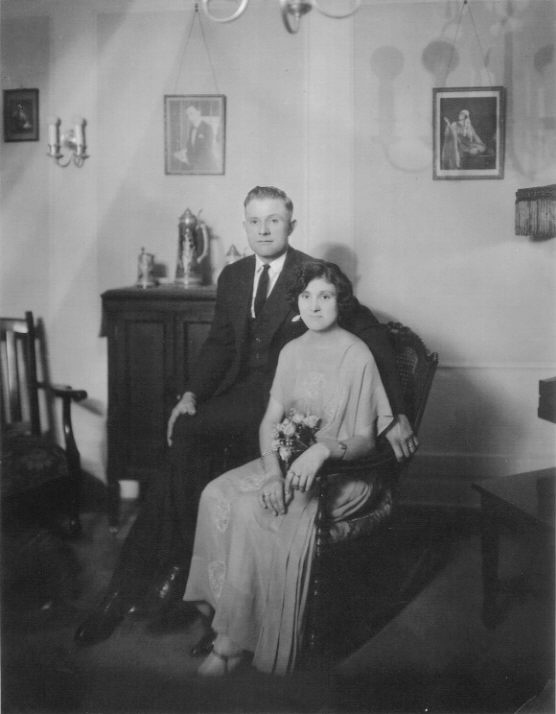 Greek schools were established.  Even though the children born to these immigrant Greeks spoke Greek, their parents wanted them to learn to read and write Greek as well.

As the Greek Orthodox population grew, and there was some talk of enlarging the church; however, those plans were postponed because of the onset of the Great Depression of 1929.

On January 17, 1937, the church was incorporated and renamed the Hellenic Orthodox Church, Price, Utah.

In April 1940, a building committee was formed to raise funds for the enlargement of the church.

On September l8, l940, the community was honored with a visitation by Archbishop ATHENAGORAS who later became the Ecumenical Patriarch of Constantinople.

Construction on the enlargement of the church began in 1941.  The building was to be extended to the front, a balcony was to be added and new tile floors were to be installed.

In the spring of 1945 a fire broke out causing considerable smoke damage-- thus creating a need for a general renovation of the interior of the building.

Having completed the work on the Church building, the board of directors turned their efforts toward securing a Church rectory and other income properties.

The 60's saw the most extensive improvement and enlargement of the Assumption Church since its founding.  Besides enlarging the church, the recreation hall and the kitchen were completely remodeled.

A new Sunday School building was erected in 1962 east of the Church.

In 1966 the Assumption community celebrated its Golden Anniversary.

1975 marked the beginning of Greek Festival Days in Price.

1981—The Church celebrated its 65th birthday.  A special recognition was given to Helen Papanikolas and Dr. J. Eldon Dorman.  Helen, through her writings, recorded the stories of the early Greek immigrants. Dr. Dorman was instrumental in getting the Assumption Church on the Registers of Historic Sites.

1985—A Carbon County reunion, “Greeks Together Again”, was held with some of the activities in a newly constructed pavilion.   Hundreds of people from around the country celebrated and renewed friendships that had begun in Carbon Country, Utah.

The Consecration of the Assumption Greek Orthodox Church was celebrated on February 23, 2003 with His Eminence Metropolitan ISAIAH officiating.

Several coal miners who lost their lives in the Castle Gate mine explosion of March 8, 1924 had unmarked graves. A monument to them was dedicated in the Price City cemetery on March 6, 2005 with services by Metropolitan ISAIAH and Father Athanasios.

Rev. Economos Brenden Pelphrey, PhD, was assigned as presiding priest beginning in April 2013.  He was reassigned to San Antonio, Texas on August 9, 2015.

The Very Reverend Archmandrite Makarios Mannos began serving the parish on a part time basis on August 15, 2015. Fr. Makarios, after serving several small parishes, retired to his monastic home of St. Catherine's Monastery on the Holy and God-trodden Mount Sinai.

As we prepare for the 100th anniversary celebration of the Assumption Greek Orthodox parish, our goal will be to renew ourselves in dedication to the joy, simplicity and compassion of the Holy Gospel, under the protection of the Holy Theotokos and Ever-Virgin Mary; and to reach out to people of all faiths and ideologies with the Good News of Jesus Chirst, in His Holy Church.

2017-Present - The Rev. Hieromonk Seraphim was assigned to our parish. Fr. Serpahim comes to us from Assumption in Pocatello, Idaho, where he was ordained and was serving as an assistant priest. Shortly after arriving, Fr. Seraphim and the Parish Council began the long-anticipated Stained Glass Window Restoration project. All windows will be cleaned, reinforced with supportive bars, re-leaded if necessary, glass replaced as necessary, frames reinforced and hardened by a special compound to preserve them, and then finally all the windows are covered by protective covering. The south side of the church has been completed, and we are awaiting completion of the rest.

The Holy Hieromartyr Pancratius, Bishop of Tauromenium in Sicily; Dionysios the Orator; Metrophanes of Mount Athos; Patermuthius the Monk; Euthymios of Karelia; Methodios the Hieromartyr, Bishop of Lampis; Michael Paknanas the Gardener

Visit the Online Chapel for more daily readings, hymns, a monthly calendar of saints and feasts, and more.